The Marriage Celtic: meaning and traditions

Celtic wedding traditions are simple and meaningful. Their weddings often took place out in the open in close contact with nature: it was there that he gave his blessing to the union. Nature was very important for the Celts. They believed that the soul existed inside and outside of each individual. The soul manifested itself among the trees, rocks, the waters and the sun. Human beings and the world around them were intertwined with the soul linked to the spirit of the earth. 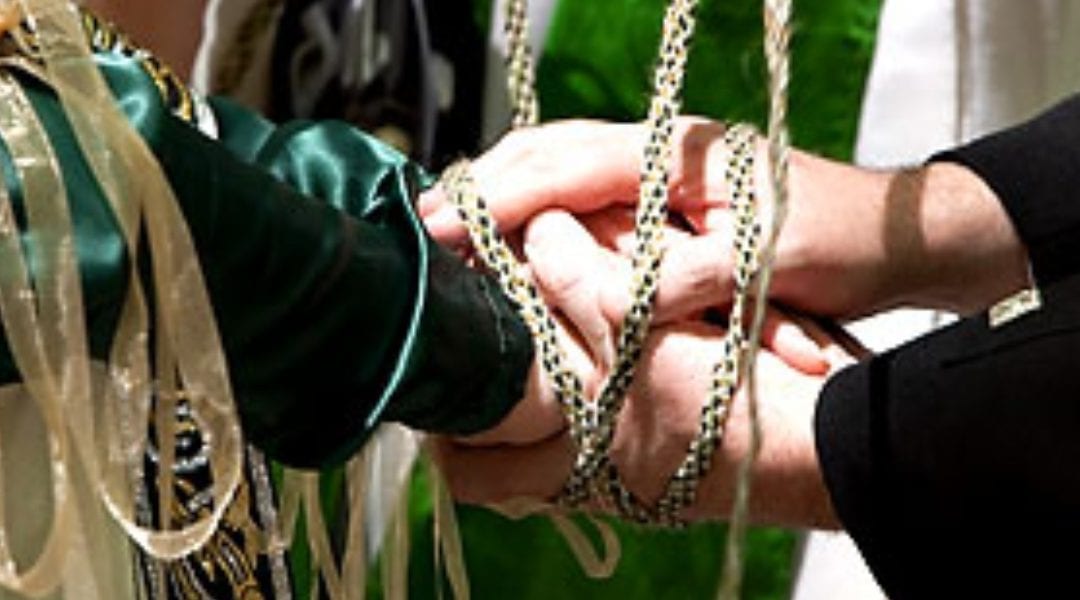 Their beliefs about marriage was that two souls come together so their strengths would become twice as large in overcoming difficulties. Marriage is an institution that should not be taken lightly. It is the union of two souls, two hearts and two minds. Modern couples can take some of these meanings and beliefs and incorporate it into their wedding ceremony using some of the old traditions of Celtic wedding , rituals and symbols.

The party was one of the most important aspects of a wedding Celtic. Unlike today, where the ceremony and reception are seen separately, weddings traditional Celtic maintained all embedded in a grand ceremony. The families and friends of both the bride and groom were there along with members of the community.

The term “bride” is of Celtic origin and refers to Brigida, an exalted goddess of Celtic tradition. The veil is a very old tradition. The moment the bride is veiled, is a girl, then becomes a lady. When wearing the veil, the woman becomes a goddess, and takes the mystery and female skills. In her wedding day she is considered a real god; past that day and taken from her husband, returns in this changed world, with his old life is over and the beginning of a new world.

The ceremony is done by a simple ritual called handfasting. Spouses are facing each other and holding hands are tied, wrapped together, by a rope ceremonial representing their bond of union. This is where the term originates marry. Handfasting symbolized the unity of the couple. There are many variations on how the handfasting were performed, and it seems to vary over time and according to the places. Some used a single cable or rope ceremonial, while others up to six. In marriages Scots used a piece of tartan family to tie the bridal couple. In some rituals the pair shook hands and stepped over a branch or a broom as meaning the beginning of their new life together. 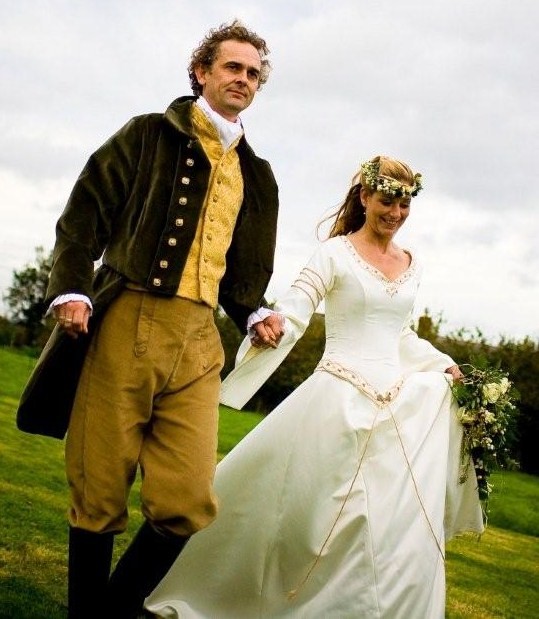 Many of these costumes are still in specific local areas of Ireland, Scotland and Britain. Some accessories Celtic wedding have resisted the time and are still used today, such as

ring Claddagh. This ring was named so by one of the oldest villages of Ireland fishing, and has been in use in Ireland for several hundred years. The two hands holding a heart symbolize friendship, the crown loyalty or loyalty and the heart symbolizes love. The custom is that if you are single you can wear the ring on the right hand with the image facing out as if to say “Are available”. It wears the ring on the left hand with the image facing the interior as a symbol of closure when engaged. During the wedding ceremony, the ring is then worn facing inwards to signify the devotion of the heart in the final marriage. Even if you do not use a Claddagh ring during the wedding Celtic, Claddagh symbol can be incorporated on invitations and decorations.

Another nice way to incorporate Celtic symbols in your marriage is with drawings knotwork Celtic. The designs were created using one or more continuous lines. The more dense the interlaced lines, the more they would protect against evil. The meaning of the symbols can sometimes be misleading, because the Celts did not keep a record of their meaning. YOU can use these symbols for both the wedding rings or with tapestries attached to the walls during the reception or buy celtic pewter goblets, ie goblets pewter or silver with drawings of nodes Irish to toast during the feast. Even the wedding cake with his imaginative decorations could recall the Celtic knots.

Another Celtic symbol is represented by lovespoon Welsh, ie spoonful of love. A lovespoon is a wooden spoon decorated and hand carved. The groom gave him to his beloved as a token of affection and / or engagement. In fact you think that the lovespoon represented an early form of engagement ring, or the acceptance of a serious courtship. The carver who made them had to be very skilled because the spoons were made from a single piece of wood. The spoon can be simple or more flashy and full of symbols. The exact meaning is uncertain. One heart symbolized the heart of the boy who belonged to the girl, two hearts symbolized the same thing one another, a horseshoe good luck and happiness, the knot symbolized eternal love, leaves and vines growing love symbolized, spoons double symbolized the couple together forever and a tablespoon three times symbolized the family.

Therefore use, one of these symbols during his marriage with Celtic theme is a great and inevitable detail that will intrigue many. Can be found on the internet on sites English, as well as on ebay UK.