Country life: the benefits for children

Better to raise them in the countryside or in the city? 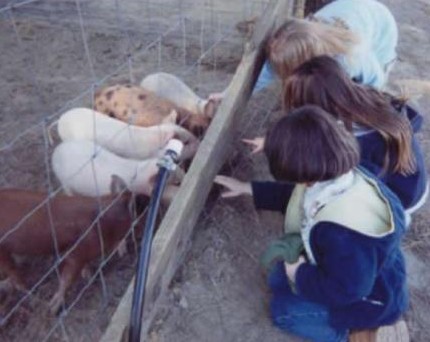 First, children who have lived in the country better develop their skills, skills and responsibility and are able to manage themselves better and self-control than children who lived in the city, that many times, need for, hanno la baby-sitter o la tata. This because, people living in the countryside, They are mostly farmers and have to teach children, first of all to be independent and responsible, to know how to handle yourself, then to be patient, while life in the city is more hectic, to respect others in the society including the manners and laws of hospitality.

Second, there could be, in big cities, bad company, and more delinquency, which influence in a negative way the child. Therefore, a young boy growing up in the country would have a better personality as well as good manners and better chances of not falling into “bad hands”, come gang, seven more. So live in the city would be even more dangerous.

Third, the children living in the country can learn the things that make farmers, and see sow plants, watering and grow plants, and treat animals, is the most noble can be. We must not forget that agriculture is the oldest human occupation that might exist, one that has fed our ancestors very remote. In more direct contact with nature would be beneficial to both mind that for the physical, precisely because it is unspoiled by progress. And these teachings agricultural they could benefit in the future, for example, to ride a horse and take care of different animals.

Room: the school. The country schools have a lower number of students, sometimes there are the multi-classes. While in the schools of the city there would be many students in one class, and teachers might not have enough time to take care of all. In fact in schools campaign is easier to be followed by teachers and aided and established a friendly relationship with all. In multi-classes, in addition to, where they are collected two or three classes, for example before, second and third grade, children would learn better because exposed to a wide variety of topics before the time, for example when the teacher explains the lesson of history to the children of the upper class, things that would study the following year. This One, unlike what you might think, differently from the injury that you have in relation to rural schools, It is great at both educational and social.

Fifth, There are more spaces to play, Prata Verde, fresh air, direct contact with animals of all kinds. And all this, besides being a good psychological level and cognitive, it is also at the level of health, as rural children appear to be more robust and with more immune defenses compared to those of cities. Children Campaign, living constantly in contact with nature, play dipping their bare hands in the earth, They get sick less.

And finally, today are no better than the negative views that say “children in the countryside are more ignorant because less exposed to modern technologies” now that every home has a computer, internet, telephones and television communications, and they have become available to everyone.